Following their recent match at Ashton Gate against Poland, the England under 21 squad were so impressed by their accommodation, feedback received from the team’s management to the hotel is that they wish they could hold all their football camps in Bristol!

Arriving on the Sunday before the match on 21 March, the squad and backroom staff quickly settled into the four-star Cadbury House in Congresbury, North Somerset, which they then used for the whole week in the run up and following their game on the Thursday night.

Having undergone a series of high-end audits by the squad’s management to make sure the venue was suitable for the Young Lions, the Cadbury House team was thrilled to host the squad which included players valued at over £70 million. 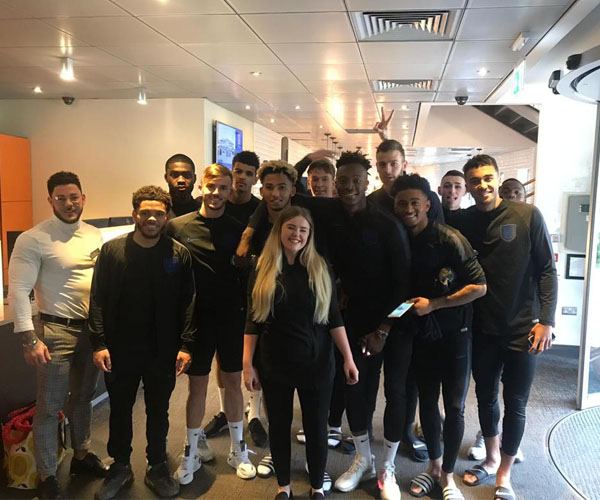 Jenni Wisdom the England U21 team manager said: “The hotel was lovely and the layout worked so well for us. There was a great flow and it was very comfortable, but even more than that was how great the staff were in looking after everyone".

“Everyone had a smile on the their faces and couldn’t do enough to help us. We have never stayed in a hotel where we have been so cared for".

“I honestly don’t have anything to even suggest the hotel could improve on, if only we could hold all our camps in Bristol!”

Mehment Kandemir, General Manager at Cadbury House added: “It was a pleasure to host the England U21 squad and it’s great to receive such positive feedback.

“Our goal is, no matter who our guests are, to provide the best possible service where no request is too much trouble. The players and management team were a credit not only to themselves, but also to their clubs and country".

“We would gladly host them again in the future and wish the Young Lions all the very best as they strive for Euro U21 Championship glory.”