One of the country’s best known and most loved soap opera stars visited the South West’s leading four-star hotel where he hosted an afternoon tea where guests were treated to his own brand of gin.

Adam Woodyatt, who is one of the longest cast members of the hit small screen TV show that depicts life in London’s east end, made the special one-off visit to Cadbury House in Congresbury, North Somerset.

At a special afternoon tea, Adam chatted about his gin journey while the 50 guests were served three gin-based drinks using the soap opera star’s NEAT Gin, which he and his wife Beverley have developed just under the last two years. 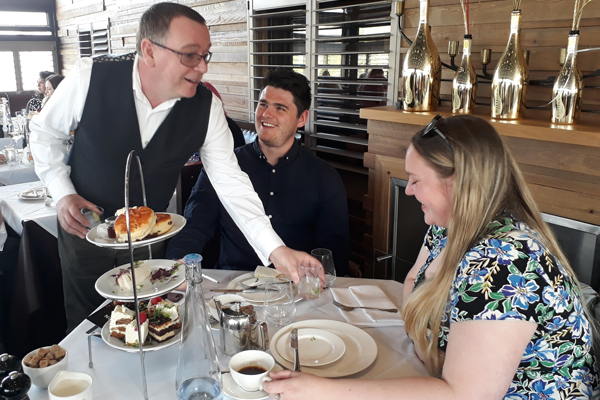 A versatile London Dry Gin, it contains eight botanicals which have been carefully balanced to work in harmony, giving a nose that is both floral and woody. The mouth feel is smooth and creamy giving notes of citrus and spice with a lengthy finish.

After tea, they were then served a straight shot which included a dash of water, ice and cucumber garnish and demonstrated the full flavour of the gin. Finally, guests were treated to the perfect serve which had plenty of ice, aromatic tonic and orange peel.

Guests were also set a competition by Adam to guess the eight botanicals used in the drink with those getting the most correct winning a free bottle. 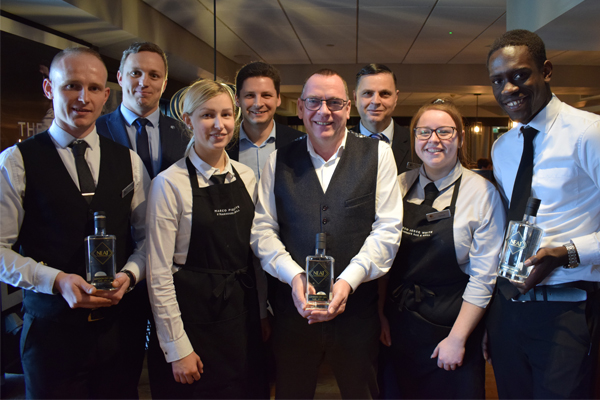 Adam said: “It’s always great to get out and about and chat to guests and explain all about our gin journey. The setting was ideal and meant I was able to spend some quality time with everyone who came along."

“Our story is quite a simple one. We just wanted to make gin."

“Beverley and I found a 15th Century recipe and used that as our starting point. There was a list of botanicals but no quantities and was like a jigsaw without a picture. We tried different combinations, constantly tasting and testing until the eleven botanicals became eight."

“It’s great that we were able to share our journey with other gin enthusiasts."

“It’s also really interesting to see if people can guess what the botanicals are. No one has ever guessed all eight and that remained the case during my visit to Cadbury House however some guests did get four.”

Mehmet Kandemir, General Manager at Cadbury House added: “Adam’s passion for gin as well as his new brand is clear to see, and we were delighted he came to visit us at Cadbury House".

“We’re always on the lookout for new products to serve our guests here at Cadbury House and NEAT Gin is certainly ahead of the curve when it comes to something that is not only new but incredibly tasty.”