Budding detectives wanting to put their powers of deduction to the test this Halloween should make their way to the South West’s leading four-star hotel where the most taxing of murder mystery nights awaits! 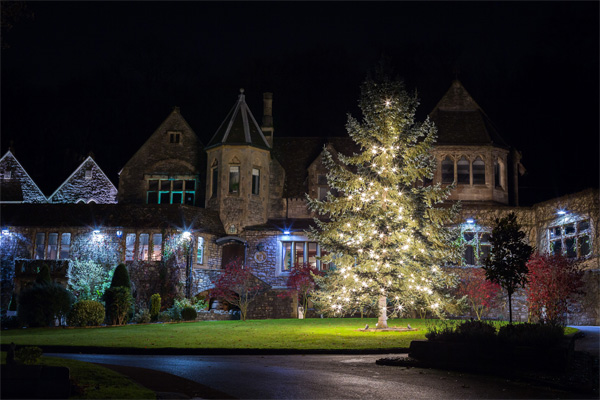 Taking place at Cadbury House in Congresbury on Friday 25 October, guests to the gothic-styled venue will be transported back in time to the tiny community of Feeny Barr on All Hallows Eve, 1937.
The setting for this particular night of dastardly deeds is on the remote part of Murkle Moor where the fog sits for days on end and the people who live there move about in the few hours of daylight almost unseen to each other.
The short days give way to long cold nights and the tiny single-track that winds its way in and out is a perilous journey even for the locals, while many an unsuspecting traveller has lost their footing and sunk into the marshes that line the road.
A community that is steeped in tradition and old wives tales have a way of coming true so if you had a mind to murder someone, or perhaps more than one, then Feeny Barr at Halloween would be a hard place to beat for the perfect setting!
Mehmet Kandemir, general manager at Cadbury House said: “Murder mystery nights have become hugely popular in recent years, made all the better by the people who take part and the setting in which they are held.
“Cadbury House, with its gabled exterior and the gothic look just can’t be beaten for atmosphere for these particular events, especially around Halloween.
“It’s great to see everyone getting so involved as the drama unfolds. Super sleuths who come along will be in for a fantastic night of detective work while enjoying the ambience and atmosphere of the 19 Century house as well as a delicious three-course meal.
“I’d strongly recommend to anyone who wants to come to book soon as this event is set to prove very popular and will most certainly be a night to remember.”
Prices for the evening are £39.00 per person and includes a three-course dinner with coffee, local fudge and disco until 1am.
Those who want to make a night of it can include an overnight stay with breakfast and costs £195 per room based on two people sharing.
To reserve a place please call 01934 83 43 43 (option 1) between 9am and 5pm Monday to Friday, email info@cadburyhouse.com or visit www.cadburyhotelbristol.co.uk/halloween-murder-mystery