The South West's leading four-star hotel is going local this Christmas in support of suppliers that are as close as possible to the popular venue.

With the country lurching towards Brexit uncertainty, bosses at Cadbury House in Congresbury, North Somerset, who are now drawing up their enormous Christmas shopping list, want to show camaraderie, wherever possible, to local and regional producers.

With around 8,000 meals to prepare during the Christmas party season in the main house and Marco Pierre White Steakhouse Bar & Grill, Executive Head Chef Patrick Frost certainly has his work cut out but believes that ordering from South West-based suppliers sends a clear signal that Cadbury House will and is supporting the local economy. 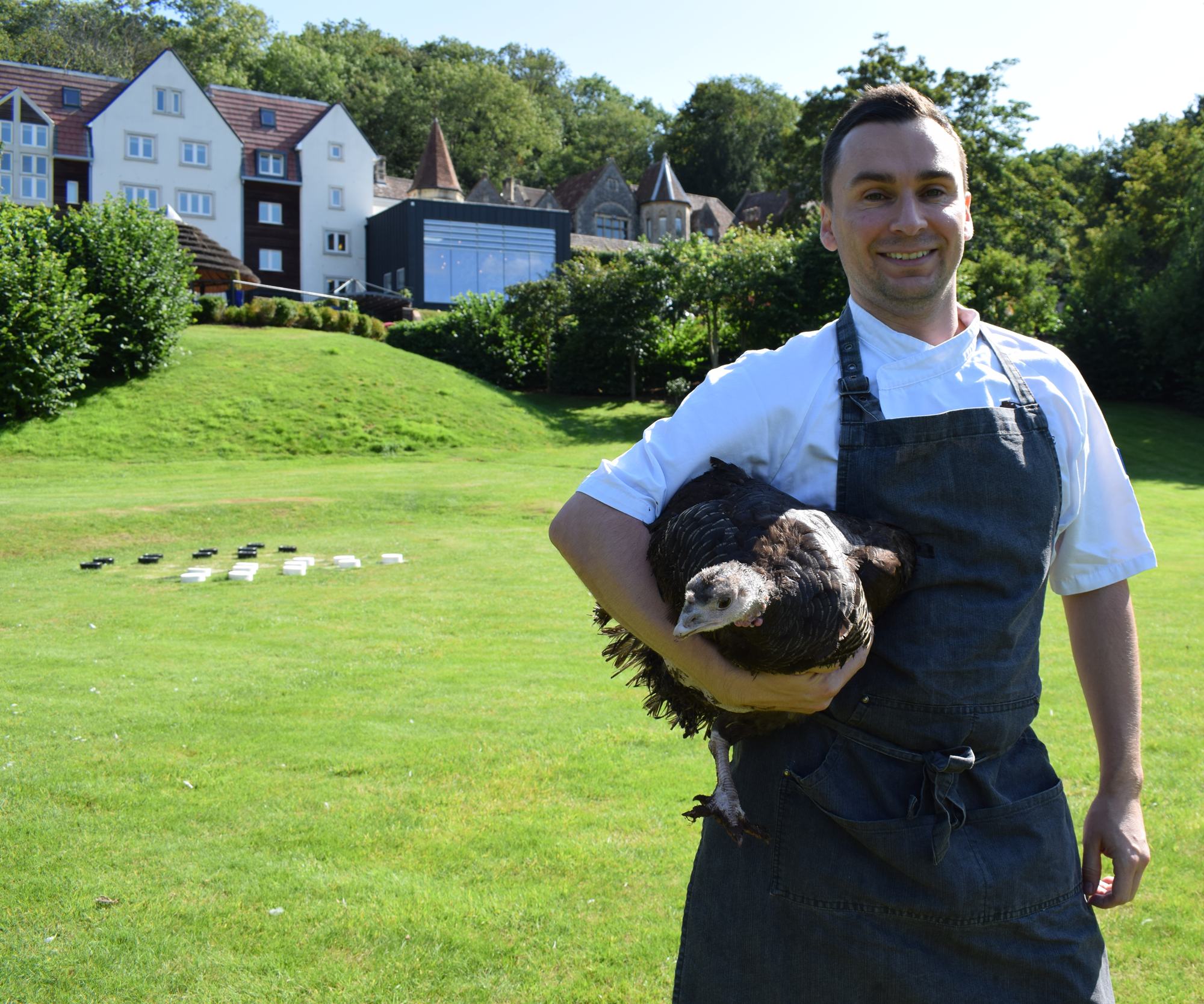 The ingredients needed for December includes nearly two tons of Turkey, one and a half tons of potatoes, 250kg of Brussel Sprouts and 250kg of stuffing.

In addition, Patrick and his brigade of chefs will also be preparing nearly half a ton of gravy and 250kg of cranberry sauce - the popular accompaniment served with Turkey dinners.

With a variety of options available to partygoers, Patrick and his team now want local businesses and public alike to show their own support and book their Christmas party at the famous venue which is renowned across the area for celebrating the festivities in style.

Patrick said: "As one of the largest businesses in the area, we have a responsibility to not only employ people from the local area but also use suppliers that have what we need and are as close to us as possible, such as Buxton Butchers in North Somerset.

"We now need party revellers to show the same commitment and come here to enjoy a great lunch or night out. That way we can then support even more local suppliers.

"We're pulling out all the stops again this year and have a number of fantastic options for a range of budget.

"We've got some brilliant party nights in the Great Room, which are always good fun, or for those wanting to experience a little more 'affordable glamour' the Marco Pierre White Steakhouse Bar & Grill is the ideal venue."

For further information on DoubleTree by Hilton, Cadbury House please call 01934 834343 or visit the web site on http://www.cadburyhotelbristol.co.uk/christmas.