The Case of Santa’s Claws

Christmas 1957. Mr Uffton Harlecombe had just left the December meeting of the Board of Governors at St David’s School formerly known as Cadbury House. However, there was very little ‘Christmas cheer’ at the meeting this evening. In fact, as he pulled his thick coat tightly around him to shield from the silently falling snow, he smiled to himself, he had left no one at that meeting in any doubt that crossing him was not a smart career move.

Still laughing to himself, he crossed the road and walked along the snow-covered side street back to his Bentley motor car.

Everywhere was silent; a chill wind suddenly picked up, making him huddle in a doorway to light his cigar. Perhaps for a fleeting second, he may have seen the white bearded face, the crimson costume, perhaps he even saw the weapon.

Uffton Harlecombe had misjudged the meeting tonight, the information he had spilled out to the assembled people had been taken far more to heart than he could ever had imagined.

One person was going to make this a Christmas everyone would want to forget. Rock and roll may never die but there are people here tonight who are going to do just that! 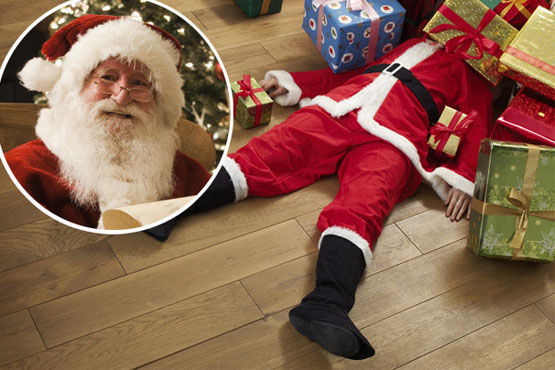 Three-course set menu with coffee and mince pies (vegetarian & vegan option must be pre-ordered). Disco until 1.00am.