A Cadbury House favourite and one of our most popular events.

3 Course Dinner with Coffee, Murder Mystery Act and Disco until 1am

Ticket price for this event includes a three-course meal, performance, and tea and coffee, along with disco until 1am.

Fancy dress is encouraged for this event but not necessary. The bar opens from 6.30pm with an arrival drink and canapes, with guests seated at 7.30pm. 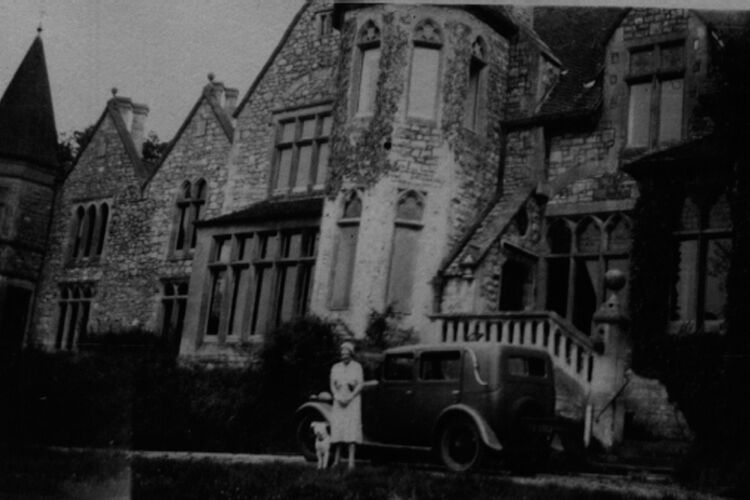 The story so far…

It is 1937, and the crowds have gathered for this year's National Academy Awards.

Two Film Companies are half hoping, half expecting to scoop the top awards.

Marjorie - Gae Millington, Owner of Centurion Films, will be here. She has become a giant in Films in the past two years with one success after another. Centurion's offering will be the hotly tipped 'Love Me Baby' Directed by Barton Hayes, who is the man of the moment.

The Film features James Stonnington Smythe, a man with a 'disturbingly natural flair for being odd' and Miss April Lovage, who started her acting career as precocious and just got worse with age!

Max Reedmand of rival Company Dream Film Studios will be in attendance and scrutinising the 'Love Me Baby' plot, which appears to have a storyline strikingly similar to a script stolen from him earlier this year…

The evening looks set to be another showdown between these two Companies.

It may, of course, be show business rivalry…it couldn't be anything else, something perhaps more sinister…Or could it?

The year is 1937.  Mopton Brayside Public School is holding its Grand Dinner at the end of another fine academic year.  However, this year has been slightly different with the sudden and unexpected death of the Deputy Head, Mr James Crabtree, the Maths Master.

The school called the Police, and the subsequent post-mortem carried out on Crabtree’s body revealed a shocking discovery. Everyone had assumed the old man had fallen down the stairs and struck his head on the radiator. The news that followed went around the hallowed halls of Mopton Brayside like a whirlwind of hushed whispers.

That wasn’t the case at all; poor old Crabtree was dead before he had hit the first step, brutally stabbed at close range in the temple with a stiletto knife.

The Police has already established through their enquires that the members of staff who were on the premises at the time were;

And the Head Boy Sebastian Piggot-Potts.
One or more of these individuals wanted Crabtree silenced…but why?

Tonight would prove to be no ordinary Grand Dinner; 1937 was to be a year that Mopton Brayside would never forget!

The year is 1937. The Rt. Hon Daphne Ramsbottom is to be married, and she is head over heels in love with the dashing Mr Stanton Drew, an English artist who was making his living in Paris when she met him when she was on her Grand tour of Europe.

It will be the society wedding of the year.

Her parents' Colonel (Retired) Sir Joseph Ramsbottom, the ex-Governor of Bombay and his wife, Lady Helen Ramsbottom, have devoted a lot of time and effort to make sure that everything is ready.

The Guests are now starting to gather, and the presents are piling up nicely.

Surely this is going to be a wonderful occasion, what could go wrong?

It will transpire that the Bride appears to be the only person without a hidden agenda on the face of it.

Appearances, though, can sometimes be very deceiving.

Terms and Conditions
Full payment is taken at the time of booking. Bookings are non-refundable and non-transferable. Please note that tables will be on a ‘Join a table’ basis. Requests can be made upon booking however the Hotel cannot guarantee this for the night of the event. Please be advised all our entertainment evenings are 18+.