Staff from the region’s leading four-star hotel were recognised for their hard work and commitment at an award ceremony organised by those involved in the West’s hospitality sector.

James Small and Rachel Cooke, both of whom work here at Cadbury House won the Chef of the Year and Community Spirit awards respectively, at the Night of the Stars event.

Organised by the Bristol Hoteliers Association, the pair received their awards at a glittering event which took place at Ashton Gate and is regarded as being the highspot of the region’s hospitality calendar.

The event did not take place in 2021 because of the pandemic but more than 300 people attended in a strong show of support for the sector.

Mehmet Kandemir, general manager at Cadbury House said: “There’s no denying that the last 24 months has been very tough for the hospitality sector, so it was fantastic to be able to celebrate and reward people’s hard work and successes.

“We’re extremely proud of James and Rachel and they both deserve this recognition. It great to receive awards but there’s something quite satisfying to receive them from your peers.”

Rachel received the Community Spirit award for her ongoing commitment and dedication to her charity work.

In addition to her work on behalf of the RNLI, which saw her walk the South-West Coastal Path in Dorset, covering over 138km and taking over 175 hours to complete and raising nearly £1,000 she has also helped by donating her time to the Cinnamon trust, an organisation that specialise in caring for the pets of the terminally ill.

For James, who having started with no kitchen experience and having worked through two lockdowns, his ability to learn and positive attitude was what swayed the judges’ decision. He now trains new chefs on their respective sections and is a vital part of the kitchen team at Cadbury House.

Mehmet added: “The hospitality sector is reliant on people like James and Rachel, and it was great to not only celebrate their success, but that of all the other winners. It was also great to see friends and colleagues from other hotels, something we haven’t been able to do for quite some time!” 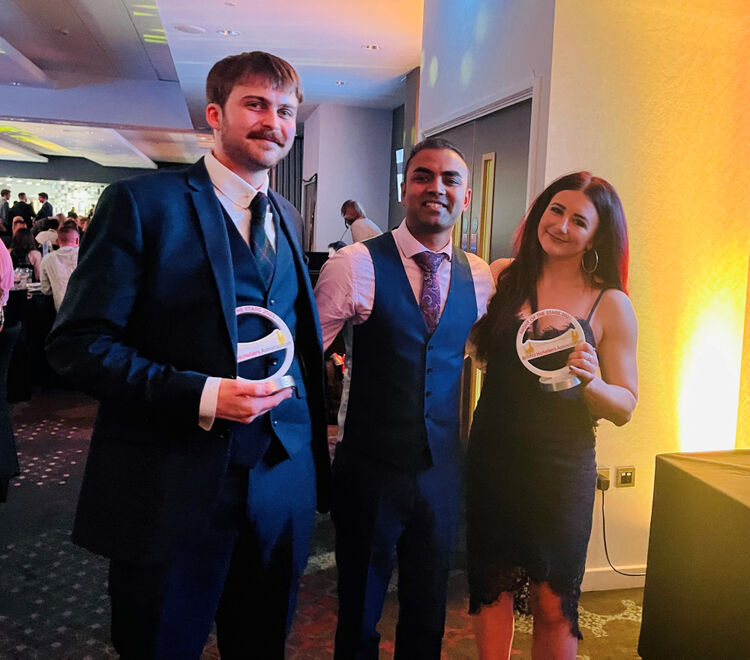